Welcome to the PlexGuide.com
Serving the Community since 2016!
Register Now
T

I have tried to follow multiple walk through but still cant get it working i have a dedicated 1080 in my hetzner box just to do transcoding needing some help. The steps i have used is the selection in the plexguide menus for hw transcoding

first question - do you have a plexpass subscription? that is a requirement.
M

Over the PG TOOLS is only iGPU.

Not for dedicated GPU !! 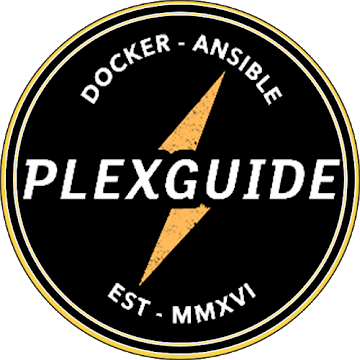 I HAVE PLEX PASS
T

any help on passing the gpu through then

the1eyeoger said:
any help on passing the gpu through then
Click to expand...

Second Question which of the supported OS's are you on?

well, HW transcode really only works with intel-based iGPUs at this point on ubuntu. This is the thread to watch for the most current info regarding making nvidia work as well https://forums.plex.tv/t/hardware-accelerated-decode-nvidia-for-linux/233510

hooper said:
well, HW transcode really only works with intel-based iGPUs at this point on ubuntu. This is the thread to watch for the most current info regarding making nvidia work as well https://forums.plex.tv/t/hardware-accelerated-decode-nvidia-for-linux/233510
Click to expand...

Thanks for the resource link. From my experiences Nvidia HW transcoding does work in ubuntu just not well. Currently my hardware is tied up to try installing into Docker. On my last attempt I was able to get the runtime to install, but wasn't able to get an actual transcode to work.

In the old days, we installed Plex directly rather than via docker, this is likely still the simplest way to get GPU transcoding to function with less agro than trying to pass through the primary GPU to a docker rather than the OS. I used to bodge Unraid (Slackware) to ignore the GPU, but not tried on ubuntu yet, they now have a docker to expose the GPU to other dockers last I read along with a threat regarding discussion of using the modified drivers.
Show hidden low quality content
You must log in or register to reply here.
Share:
Facebook Twitter Reddit Pinterest Tumblr WhatsApp Email Link